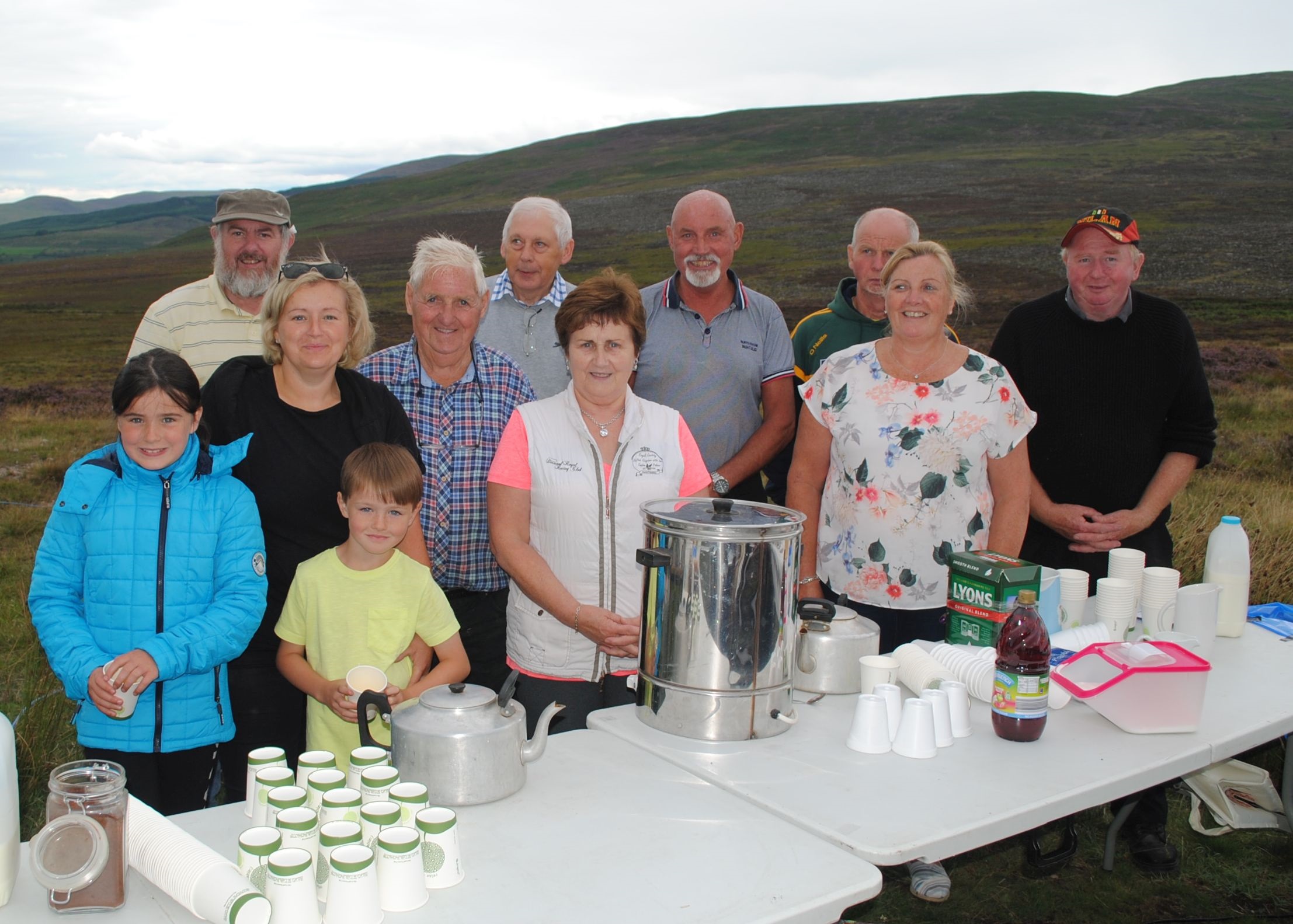 The 31st annual celebration on the anniversary of the placing of the Cross of Hope and Peace on the summit of Cruachán, was held last Sunday on the sunny and picturesque slopes of the little mountain which dominates the mid Waterford skyline.

The Cross was placed on the peak over thirty years ago by a voluntary group led by Fr. Richard Doherty, PP, Kilgobinet, Colligan and Kilbrien and Fr. Pat Butler then Curate of the Parish. In its prominent position and seen from the countryside and roads all around, the Cross was to be an inspiration to prayer and a continuing reminder for all those who pass by, of the first Good Friday. It also commemorated the apparitions of the Blessed Virgin in Medjugorje which began in 1981.

Last Sunday, over a hundred of the faithful gathered in the car park in front of the temporary altar where Fr. Ben O’Brien, OSA, celebrated Mass and led the congregation in prayer reminding them of the origin of the event and also that it was the Second Anniversary of Fr. Doherty’s passing.

Weather conditions were ideal with pleasant sunshine and little or no wind which added to the enjoyment of the congregation on a very pleasant day overlooking Dungarvan Bay.

At the outset, Tom Corcoran on behalf of the organisers, welcomed Fr. O’Brien who had kindly come along to celebrate the Mass. He thanked the congregation for loyally supporting the event year after year and conveyed the apologies of Fr. Michael Kennedy, PP, who could not be present this year.  In his homily, Fr. O’Brien remembered Fr. Richard Doherty, the former Parish Priest  on the second anniversary of his passing.  Music and singing were by Jim Stacy and Eddie Bennett while the Readings were delivered by Anna Landers. The Altar was decorated with flowers from Maureen Flynn.

After Mass, there were refreshments for all and many stayed to chat in the picturesque spot enjoying the peace and contentment of the occasion and of the place.

Main picture shows most of the organising group for the ‘Mass on the Mountain’ which was celebrated near the Cross of Hope and Peace on Cruachán last Sunday afternoon by Fr. Ben O’Brien, OSA in very pleasant conditions. Front from left: Molly Mernagh, Michelle Mernagh, Luke Nugent, John Nugent, Maire Ryan, and Kathleen Troy. At back: Jim Dee, Eddie Coyte, Tom Moroney, Johnny Landers and Ned Landers. (Not included is Tom Corcoran).

Thank you to Tom Keith who kindly supplied the photographs. 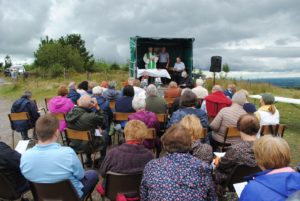 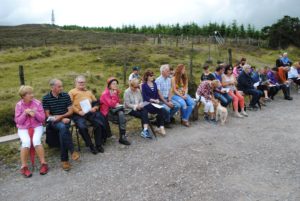 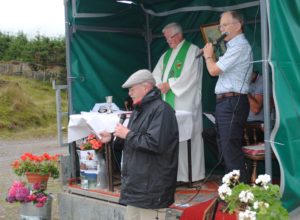