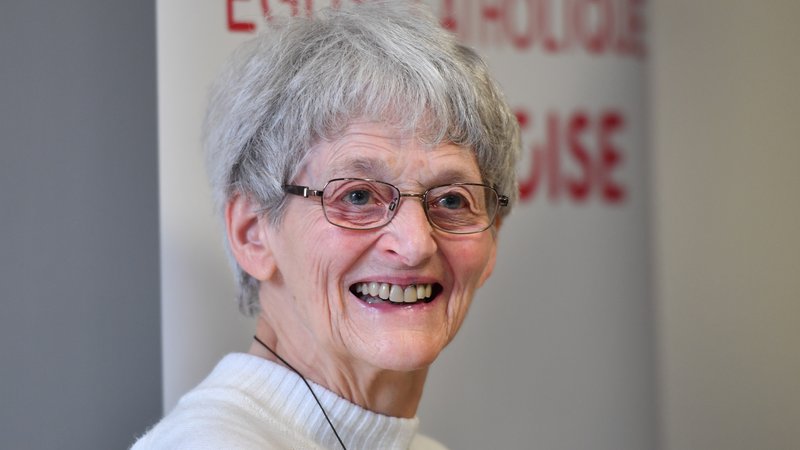 The case of a French nun, Sr. Bernadette Moriau from northern France,  who recovered from a decades-old back problem that prevented her from walking normally has been recognised as the 70th miracle at France’s shrine of Lourdes.

Sr. Bernadette visited the holy spring in the foothills of the Pyrenees mountains in July 2008, then aged 69, seeking a cure to her ailment like millions of other pilgrims each year.

Shortly after returning home, she said her chronic sciatica or pinched spinal nerve disappeared for the first time since her condition was diagnosed at the age of 27.

Today she said: “Then I heard a voice saying ‘Remove the apparatus’. What happened? I don’t know. I don’t know. “In an act of faith I took everything off and I thought of the words of Jesus in the Gospel when he says ‘Pick up your mat and walk’.

“And to my great surprise when I took away my girdle and my splints, my foot was straightened out and I could move without feeling any pain.”

She added: “The following day I went and walked five kilometres in the forest with my sister-in-law who came to see me, who, to her great surprise saw me without all the equipment.

“She experienced an unusual feeling of relaxation and heat in the whole of her body (and) heard a voice telling her to take off her equipment, the corset and the leg brace,” said a statement from her Catholic parish in Beauvais in the north of France.

After further examinations by doctors and three meetings of church figures in Lourdes, the medical committee in the town confirmed that her recovery could not be explained scientifically, according to their statement.

“She is in very good health and herself visits the sick on a regular basis.”

Lourdes is one of the most revered sites for the world’s 1.2 billion Catholics because the town is said to be where the Virgin Mary appeared to a peasant girl in a grotto. The Diocese of Waterford and Lismore will celebrate their 60th annual diocesan pilgrimage to the shrine from 6th to 11th June this year.