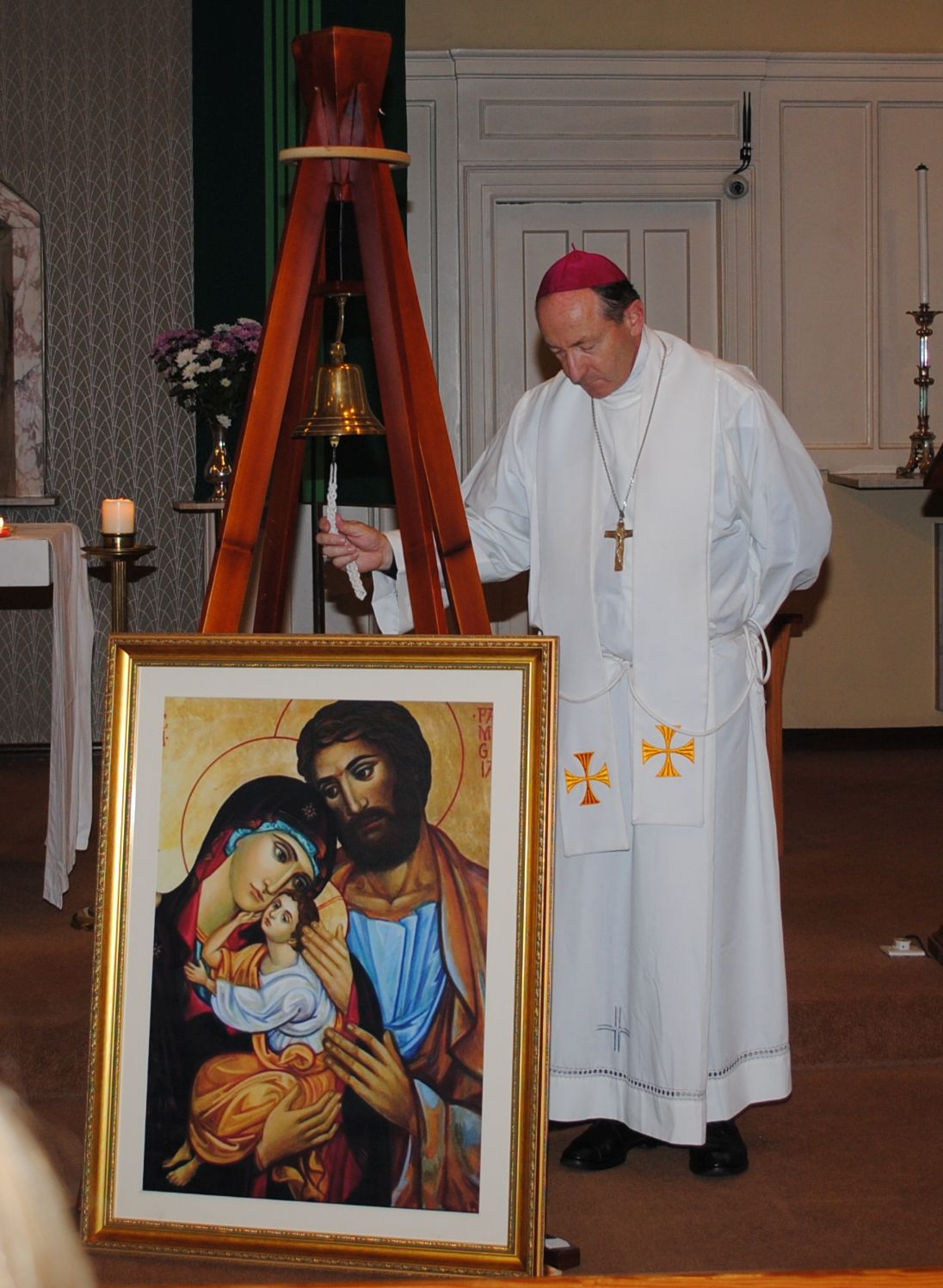 Last Monday, the October Bank Holiday a walk was held from the new car-park in Durrow along the Greenway to mark the opening of the 2018 World Meeting of Families which is being celebrated all around the country.

The procession was led by the Bishop of Waterford, Most Rev. Alphonsus Cullinan who was accompanied by a growing number of walkers as the group arrived at the various access points on their way to Abbeyside Church.

The walk was preceded by an Icon of the Holy Family and a special bell provided for the historic occasion, symbolising the traditional Christian call to prayer dating back to St. Patrick himself.

The World Meeting of Families was established by Pope Saint John Paul II in 1994. It is held every three years and is a major international celebration of faith bringing together families from across the world to celebrate, pray and reflect upon the central importance of marriage and the family, as the cornerstone of our lives, of society and of the Church.

The last World Meeting of Families was held in Philadelphia after which the Holy Father, Pope Francis personally chose Ireland as the next venue.

“While the centre of the celebrations will be in the Arch-Diocese of Dublin,” said Bishop Cullinan, “it will be a country-wide event”

“So, we have events like these happening around the country and will continue in the run-up to the World Meeting of Families which will take place from 22nd to 26th August.

“There is an Icon of the Holy Family going around the country, but there isn’t a bell. Adding a bell was something I decided myself. I thought ‘why not bring out the bell, because the ringing of the bell to bring people to prayer goes back to St. Patrick himself.

“The tradition was that as each Christian Community with its church was set up, each parish in effect, Patrick would donate a bell to the priest whom he had probably ordained also.

“The Icon was a gift from Fr. Billy Meehan which he had had in his possession and which he very generously gave to the Diocese. There is an official Icon going around the country which will have to be shared between the twenty-six Dioceses, so we would have it only for a short time.

“Now, we have our own Icon going to each Parish right across the Diocese along with the Bell spending a week or ten days in each parish.”

When the little procession reached St. Augustine’s the Icon and Bell were installed on the Altar and the congregation were invited to come and venerate the image of the Holy family. The Bell was rung by a member of the congregation and by Bishop Cullinan.

In a short homily, Bishop Cullinan said that the special gathering next year has been called by the Holy Father to help families.

Hymns were beautifully provided by the St. Augustine’s Choir with the congregation enthusiastically joining in.